In reality, there are hundreds of little steps required in making a pair of handmade shoes. In order to not have to take and comment hundreds of images, I’ve concentrated on the main steps in the images below. The shoes are not quite done at the time of writing, but they’re not far from it.

In addition to the improvements/experiments listed in Part 1, I also did the following differently from the practice pair:

Without further ado, here is the current progress.

Nails removed from the heel and excess leather cut off:

Cementing the first rand, grain side up: 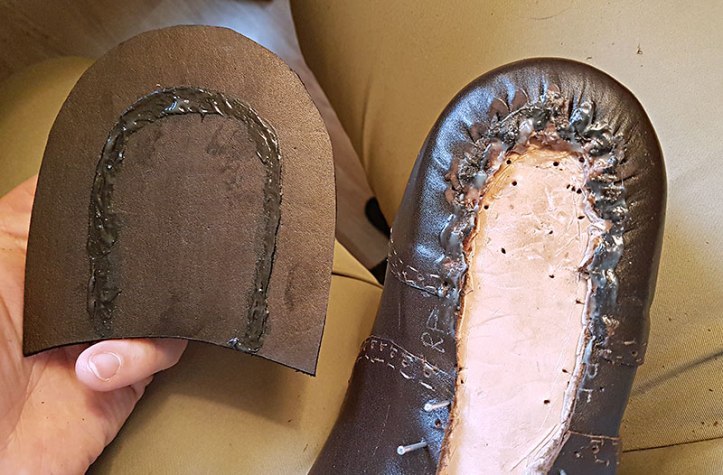 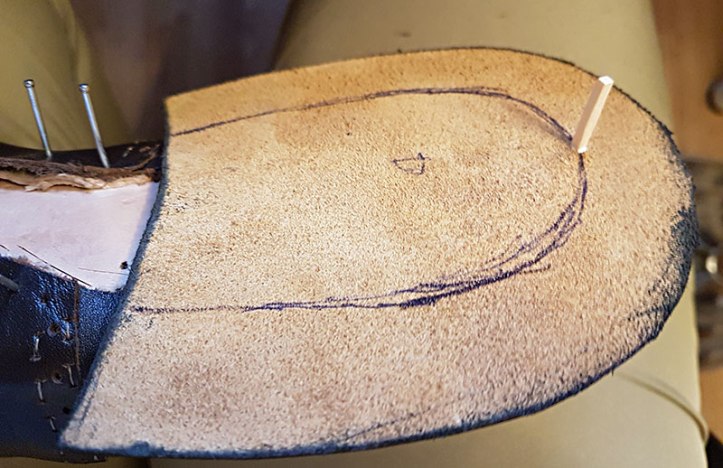 Peg hammered in next to a full length peg:

The protruding part was cut off and hammered down.

Welts dyed black, grain side up:

Welting the uppers and lining: 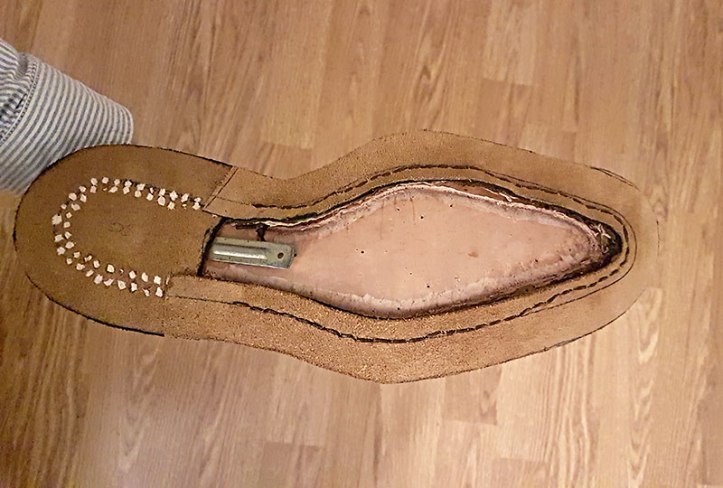 Shank built in with two layers of shoulder leather on each side: 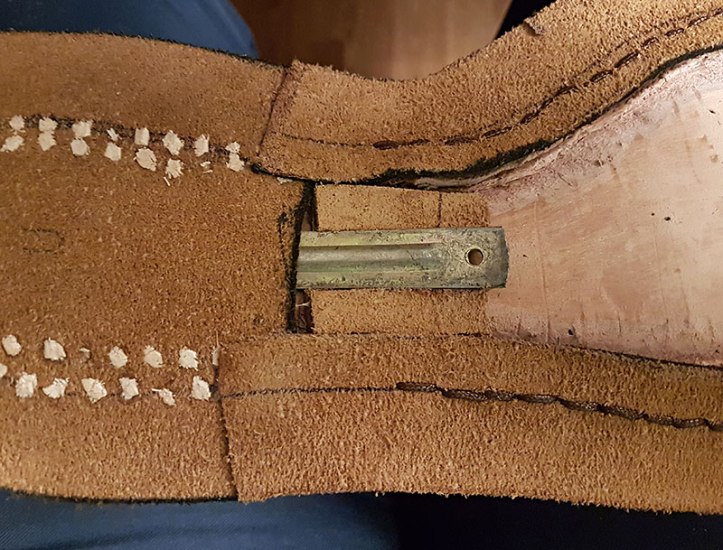 Footbed filled with three layers of 2 mm sheet cork, cemented between each layer: 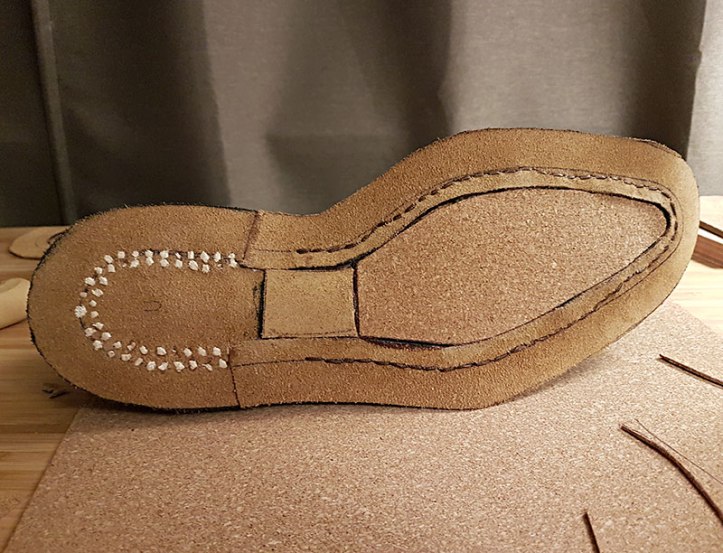 Three skived layers of shoulder cemented to the waist:

Outsoles carved and sanded around the waist, nap side:

Cementing the shoe and outsole: 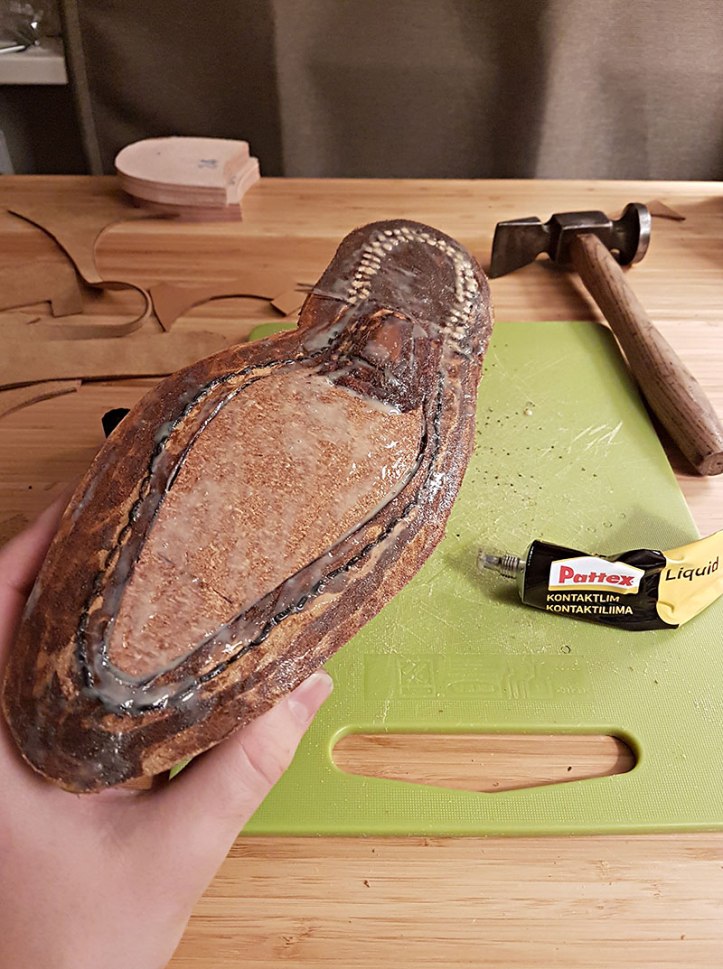 Outsole cemented and hammered into shape: 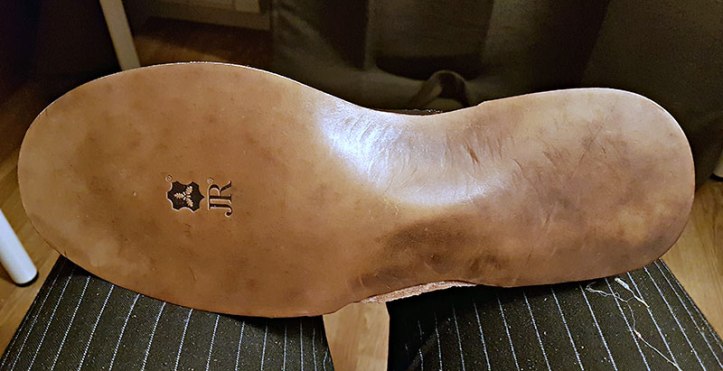 Starting to slice up the outsole:

Slowly building a flap from the outside and in: 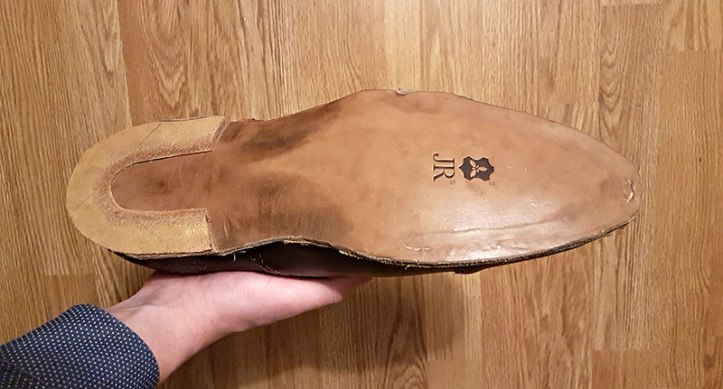 Making the flap was hard – I couldn’t do it entirely without mistakes in this first attempt. The darkened area that emphasizes the waist is darkened entirely by hammer, ie no dyes.

Putting the heel lifts together with Hirschkleber, pressed between heel blocks:

How this all turns out will be shown in the summary.